Despite the ongoing efforts to educate businesses and users about cyberattacks, many still fall victim to such attacks. 2019 saw businesses and entities from different sectors be devastated by hacks, and this trend is expected to rise in 2020. Here's are some of the biggest cybersecurity issues of 2019, and what we can learn from them. 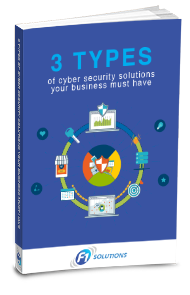 As we enter the new year, let these cyberattacks remind you of how important it is to take precautionary measures. Cyberattacks continue to emerge and ripple across the globe at an alarming rate. It's no longer a question of if you're going to experience a cyberattack but rather when. The biggest lesson to be learned here is to always be ready.

Ask yourself these questions: Can your company’s current IT setup survive a cyberattack? Are you searching for ways to improve and strengthen your company's network security? Here at F1 Solutions, we will provide you with the expertise, technology, and tools you need to enhance your cybersecurity and protect your business from devastating cyberattacks. Get in touch with us today to learn more about our cybersecurity services.